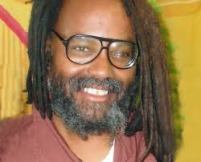 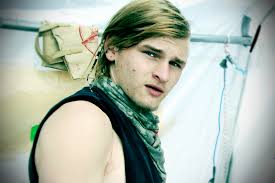 Join us on Tuesday, April 28th from 7-9 pm at the Coffee Garden(2904Franklin Blvd, Sacto). We’ll be sending a birthday card to one political prisoner, and a ‘We Support You’ card to 7 others to remind them that we are out here thinking of them all. We’ll have plenty of cards that we can fill with individual notes from everyone. If there are other prisoners you’d like to write, we’ll have envelopes and paper for that, too.

Hope to see you there!

Brandon Baxter(April 27th) – Brandon is an anarchist from Cleveland,OH, serving almost 10 years in federal prison after being entrapped by someone hired by the FBI to infiltrate the occupy movement. www.cleveland4solidarity.org

Mumia Abu Jamal – One of the founders of the Philadelphia chapter of the Black Panthers, Mumia was falsely convicted of murdering a Philadelphia cop in 1982. Thanks to an international campaign his sentence was commuted from death to life without parole. Most recently he has been hospitalized due to a number of different health issues.www.freemumia.com/

Jamil Al–Amin (Formerly H. Rap Brown) – Jamil Al-Amin was active in the civil rights movement in the 60s and served as chairman of the Student Nonviolent Coordinating Committee during that time. He is serving a life sentence in federal custody after being convicted of the murder two officers in 2000. hrapbrown.blogspot.com/

Veronza Bowers – Veronza was a member of the Black Panther Party and was convicted in the murder of a U.S. Park Ranger on the word of two government informants, both of whom received reduced sentences for other crimes by the Federal prosecutor’s office. Veronza has consistently proclaimed his innocence of the crime he never committed, even at the expense of having his appeals for parole denied, for which an admission of guilt and contrition is virtually required. veronza.org

Mondo we Langa – Mondo is one of the Nebraska 2. Ed Poindexter and Mondo We Langa are two black panthers from Omaha, Nebraska, serving life sentences for the murder of a police officer, but they were clearly railroaded. nebraskansforjustuce.org

Kevin “Rashid” Johnson -Rashid is the Minister of Defense for the New Afrikan Black Panther Party – Prison Chapter.         He’s been menaced and whisked away from Virginia, to Oregon and now, Texas. rashidmod.com

Kamau Sadiki –Kamau was arrested some 32 years after the murder of a Fulton County, Georgia, police officer and in 2003 was sentenced to life plus ten years for both the murder and a robbery. Kamau was a nineteen year old member of the Black Liberation Army when the events he was arrested for actually happened. The case was brought back up because of a statement a former Black Liberation Army member made in 2001. freekamu.org

Jared “Maya” Chase – Maya, who now prefers female pronouns, has been in jail since May of 2012 and one year ago was sentenced to 8 years – to be served in an Illinois State prison. She is one of the NATO 3, who are three anarchists that traveled to Chicago to join the protests against NATO only to be entrapped by an informant. They were actually acquitted of all terrorism charges but were convicted of possession of incendiary devices. freethenato3.wordpress.com