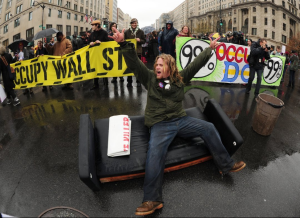 Brent Betterly of the “NATO 3″ is scheduled to be released in late April
or early May so we’ve launched a campaign to raise money for his
release! Donate at https://www.youcaring.com/BrentBetterly to help
welcome Brent home!

On May 16th, 2012, just prior to the NATO summit in Chicago, three
Occupy activists were arrested and eventually charged with 11 felony
counts, including four under the never-before-used Illinois terrorism
statute. Brian “Jacob” Church, Brent Betterly, and Maya Chase (formerly
Jared Chase) came to be known as the NATO 3. The case went to trial in
January of 2014, and the NATO 3 were acquitted of all of the terrorism
charges. Unfortunately, the jury found them guilty of two felonies
each—possession of an incendiary device with the intent to commit arson
and possession of an incendiary device with the knowledge that another
intended to commit arson. They were given sentences ranging from 5 to 8
years.

Brent Betterly is the second of the three to be released. He is
scheduled to rejoin us in late April or early May. Please donate to his
release fund to help ease the transition after 3 years behind bars.
Donations are needed to help pay for Brent’s living expenses while he
works to get back on his feet during the immediate aftermath of his
incarceration. Brent is also the father of a small child who lives
several states away and needs funds to help remain in contact with him.
If you’d like to write to Brent before his release, please address
envelopes to:

And if you have any questions, you can email us at freethenato3 (a)
gmail (dot) com, or check out our website at freethenato3.wordpress.com.
If you’d like to write to Maya, whose release date is scheduled for May
of 2016, please address letters to Maya Chase and address envelopes to: