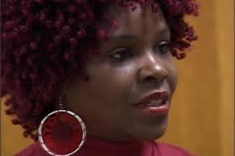 Join us on Tuesday, February 24th from 7-9 pm at the Coffee Garden(2904Franklin Blvd, Sacto). We’ll be sending birthday cards to 4 political prisoners, and a ‘We Support You’ card to 4 others to remind them that we are out here thinking of them. We’ll have plenty of cards that we can fill with individual notes from everyone. If there are other prisoners you’d like to write, we’ll have envelopes and paper for that, too.

Hope to see you there!

Oso Blanco(Feb. 26th) – Oso Blanco was arrested after an informant reported that he was robbing banks to acquire funds to support the Zapatista rebellion in Chiapas, Mexico from 1998-99. osoblanco.org

Luke O’Donovan(March 2nd) – Luke O’Donovan – Luke is currently serving a 2 year prison sentence in the state of Georgia after defending himself during a homophobic attack. Letlukego.wordpress.com

Reverend Joy Powell(March 5th) – Reverend Joy Powell was working in Rochester, NY against police corruption and police brutality when she was given warnings about her work by the police. She was very clearly railroaded when she was convicted of 1st Degree Burglary, Assault and sentenced to 16 years in prison. freejoypowell.org

Hugo(Yogi Bear) Pinell(March 10th) – Yogi Bear is a politicized prisoner who has been in prison since 1964 and declares his innocence for his original conviction. He was given more time for a rebellion that took place in his unit back in the 70s. hugopinell.com

Douglas Wright – Doug Wright is one of 4 anarchists from Cleveland, OH,who were arrested on terrorism charges in May of 2012 after being entrapped by an FBI informant. He is now serving 11.5 years in a federal prison. Cleveland4solidarity.org

Eric King – Eric King is an anarchist who was arrested and charged with an attempted firebombing of a government official’s office in Kansas City, MO. Eric is currently in the hole at the pre-trial detention facility he’s being held in due to allegedly taking part in an unsanctioned boxing club there. supportericking.wordpress.com

Janine Africa – In 1978 the Philadelphia police raided the Move house and an officer was killed in “friendly fire.” Janine and 8 other Move members were falsely convicted of the murder. Janine Africa’s husband, Phil Africa died in prison on January 10th, 2015. onamove.com

Alvaro Luna Hernandez -Alvaro is a Chicano political prisoner. He was sentenced in Odessa, Texas on June 2-9, 1997 to 50 years in prison for defending himself by disarming a police officer drawing a weapon on him.The trial evidence clearly showed Alvaro was the victim of “witchhunts” and a police-orchestrated conspiracy to frame or eliminate him. freealvaro.net