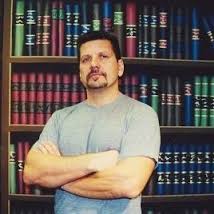 2015 is almost a month old and my overall outlook has been optimistic and energized.  With a months long new movement in the streets, fighting against government repression and police killings of unarmed men, boys and women too, mostly of color, for me it has been a time of gathering information and supporting and contributing to this new movement.

It is within this context, that I just received somber and hard information about two comrades of mine, two very good human beings, steadfast brothers and courageous fighters in the Freedom Struggle.  I am talking about two friends of mine, both long held political prisoners — Phil Africa and Bill Dunne.

Phil Africa was one of the Move 9, all of whom have been in captivity since August 8, 1978.  On that day, the Philadelphia police and other government forces launched an unprovoked assault on the Move home.  The Move 9 are completely innocent women and men who were thrown into prison for 30 to 100 year sentences.  They are all still in prison, except for Merle Africa who died in 1998, and now Phil.

Phil Africa never stopped struggling for justice and freedom, not only for the Move Family and his co-defendants, but for poor and oppressed people of all colors, across this country  and around the world.  Phil was a good man, intelligent and brave, thoughtful and caring.  He could make you laugh and he was self disciplined and worked to stay in shape.  He was a father figure, as well as a boxing teacher and sports coach to many younger men.

My political prisoner brother and friend, Phil Africa, died in that Pennsylvania prison cell in his 37th year of captivity.  Phil’s hardships and deprivations are now over.  Phil was never a man who bemoaned the harsh, inhumane and injust realities he and other prisoners were forced to endure.  Dying in prison is always a sad reality.  Phil’s hardships are now over and that is a good thing, even while we mourn his passing.  We should also question the circumstances surrounding his death and demand answers from Pennsylvania prison officials.

Continuing in this journey of hard news and harsh realities, let me share some information on another friend and fellow political prisoner, Bill Dunne.  Bill is alive and I’m pretty sure in decent health.  Like other political prisoners, Bill stays fit, in fighting shape, because it doesn’t matter how old you are or how many decades you have been imprisoned, the government and its agents never cease in their efforts to defeat you, break you and stop you in your/our struggle for justice, freedom and a revolutionary future of peace, equality and protection of our planet.  So Bill, like all political prisoners, try’s to keep the Spirit of Resistance firm and his body and mind fit.

Bill has been in captivity since 1979, that is for 36 years.  He has been held in maximum security penitentiaries and special lock-down control units for all these years.  In 2000, when he already had spent 21 years in prison, the United States parole board gave Bill a 15 year hit!  That is, he was ordered to spend 15 more years in prison.  Two months ago, Bill again appeared before the parole board and in a vicious act of inhumanity and hatred for the Freedom Struggle and Freedom Fighters, the U.S. parole board hit Bill with another 15 year set off!  He is not eligible to see the parole board again until 2029.  See www.4strugglemag.org, for a more detailed report on Bill Dunne’s parole hearing.

The ugly reality is that there are political prisoners, courageous and noble leaders like Sundiata Acoli and Leonard Peltier, who have been locked up even longer; Sundiata has been in captivity for 43 years, Leonard for 39 years, and there are others like them.

The parole board’s primary questions, as well as its ‘justifications’ for ordering Bill to, quite likely, spend the rest of his life in prison, was his “continuing association and affiliation with anarchist organizations”, which was, “evidence you still harbor anti-authoritarian views…”

The U.S. government, through its parole board, made very clear that Bill’s real offense, like the so called crimes of all U.S. held political prisoners, was his political beliefs and associations.  The activities Bill and other political prisoners may have taken in support of liberation and justice based political views is not the main “crime” in the eyes of the United States government.  The ultimate “crime” is Freedom and Justice based revolutionary thinking and beliefs.  Anarchist; socialist; communist, National Liberation for Puerto Rico, the Black Nation in the usa, the Native/Indigenous Nations; the Green ecological ideology of protecting our Earth and all its life against imperialist plunder, these are the “crimes” of political prisoners.

I am certain Bill Dunne will challenge and litigate this unprecedented second 15 year hit.  I am also sure Bill will continue to work with the ABC collectives and other outside groups the parole board listed; the groups they so hated and feared.

I wanted to express my complete solidarity and support for Bill in his harsh ongoing struggle for justice, life and freedom.  And I wanted to convey my heartfelt solidarity and revolutionary love to all the Move Family and Phil Africa’s closest people.  We will always remember and be inspired by Phil Africa.

Sharing this information and reflecting on the types of realities that all political prisoners confront and have to deal with, I hope, gives you people outside, a little more understanding of revolutionary struggle and life behind prison walls.  I do have some  concern that perhaps some of you activists and people of conscience, may be overly intimidated by these realities of prison life.  Engaging in the Freedom Struggle always has the potential of confrontation with the state and its abusive police power.  This can include being thrown into prison.  People should be clear about this.  You should also be clear though, that even in extreme examples, like the heroic lives and struggle of Phil Africa and Bill Dunne, imprisoned Freedom Fighters can and do maintain their principles, their dignity and their will and ability to struggle.  The more that people and the media, including the non-corporate media, are aware of and supportative of political prisoners and prison struggle generally, the more protection this provides us.

In the Spirit of Phil Africa —

Freedom Is A Constant Struggle!