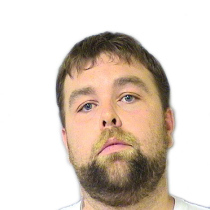 In May of 2012 five anti fascists were arrested and later that year
convicted of taking part in emphatically, stopping a meeting of white
supremacists at a restaurant in Tinley Park, which is a Chicago suburb.
http://tinleyparkfive.wordpress.com/about/

Jason Sutherlin is one of those 5 and is due to be released from
prison at the end of September. So , Bloomington ABC , NYC ABC , Denver
ABC and
Sacramento Prisoner Support have launched a campaign to start a release
fund for Jason.

By the time Jason is released he’ll have been locked up for two and a
half
years, will have a felony on is record, and certain things just
won’t be the same. Lets help him make a smooth transition! Lets raise
some money, and secure a release fund that will welcome him upon his
release.

Here is the website that was created for folks to donate to Jason’s
Release Fund online: youcaring.com/welcomehomejason .
If for whatever reason you’d rather donate offline, please go
ahead and make the check out to Jason Sutherlin, then mail the check
to:

If you’d like to write to Jason to let him know you’re thinking of him
and that you’re glad he’s getting out soon, I’m sure he’d love to hear
from you. His current address is as follows:

Please remember that there are three brothers that are in the Tinley
Park 5.We were successful in securing a post-release fund for Cody Lee,
and Dylan Sutherlin, who are now out of prison.
All three of them are brothers, but they have their own
individual situations, and lives, which is why we have specific release
funds for each of them.